Everyone knows that texting while driving is a huge no-no. But many people still seem to do it. Mobile phone use of drivers has caused plenty of accidents across the globe. The Australian government decided to ramp up the efforts in stopping these unfortunate incidents. One method is with the use of mobile phone detection cameras. 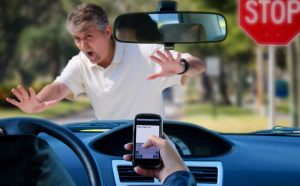 What are Mobile Phone Detection Cameras and How Do They Work?

Drivers who use their cell phones illegally while on the road now have a greater chance of getting caught. That is because of the mobile phone detection cameras. But what are they, and what is the fuss all about?

Mobile phone detection cameras have one important job – and that is to find drivers who are using their phones while driving. Although it is a traffic violation to text, call, or browse through websites, several people continue to violate these rules. It is impossible to catch those who keep using their phones on the road, which is why these cameras are created and installed.

The detectors were developed by a University of Melbourne engineering graduate whose close friend died after getting hit by a driver who was suspected to be using a mobile device.

To be clear, you can use your phone when in the car as long as you are not the driver. Currently, New South Wales is where these cameras are installed. And if one of the 10 cameras in the state finds you messaging your mate or doing something else on your phone, here is what’s going to happen:

In Queensland and Victoria, drivers who are caught using their mobile phones will not be fined right away. Instead, they will receive a warning. After that, a repeat offence will result in the issuance of a fine.

Distracted driving is a huge problem. In Australia and many other countries, it is as significant as drunk driving. It has caused plenty of injuries and deaths. According to research, up to one in four crashes are due to distracted driving and can lead to other issues, such as:

According to VicRoads research, drivers who use a mobile phone are four times more likely to die due to a road accident. Emailing, texting, and browsing further increase the possibility of crashing and colliding with another vehicle up to 10 times.

With the cameras in place, it is expected to prevent up to 20 crashes (both severe and fatal) every year. Since its implementation in 2019, the NSW state has already received over 16,500 fines. Meanwhile, the state of Victoria recorded more than 30,000 motorists that were fined for using mobile devices while driving in the 2017-18 financial year. This figure shows that there are indeed a lot of drivers who do not pay attention to the traffic rules. 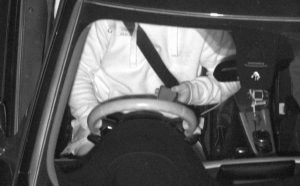 Mobile phone detection cameras are now active in Australia, particularly in New South Wales. The state officially became the first ever in the world to implement such a movement. This ground-breaking change started in NSW on 1 December 2019. During that time, a mix of 10 detectors was installed, which was either fixed or portable. According to the NSW government, more cameras, precisely 35 more, will be installed over the next four years or so.

Victoria is set to have mobile phone detection cameras by 2023, although these cameras have been on test mode since July 2020. On the other hand, Queensland had also trialled the new technology from 27 July 2020 until the end of the year. The state government believes that these cameras will be rolled out by mid-2021.

While there are no mobile phone detection cameras installed in Western Australia yet, there are already rules implemented in the state and all over the country against mobile phone use for drivers. Western Australia, together with Queensland, has the highest penalties. If you’re caught driving with a mobile phone in your hand or even in your ear, you will be fined $1,000 and four demerit points.

The cameras are placed smartly, so they can truly detect if a driver is using a mobile phone. You cannot get sneaky and try to hide the device in your lap. So, to answer the question above, yes, they are effective. They went through rigorous testing to ensure that they do not miss anyone who tries to hide what they are doing.

And if you try to use your mobile phone at night, thinking that the cameras will not detect your misdeed, you’re mistaken. The system is efficient even at night-time, mainly since most accidents occur after sunset. It also works in all weather conditions and will still detect your mobile phone use even if you drive 300km/h.

Are the Roads Safer Now?

Before the cameras were released and used, several trials were performed. During one of these trials, more than eight million vehicles were checked. Out of these vehicles, 100,000 drivers were seen touching their phones while driving.

According to the NSW government, where the cameras are actively monitoring drivers, the aim is to complete 135 million checks every year by 2023. It is estimated that more than five million vehicles are registered in New South Wales. And each year, approximately 350 people die in road accidents. This number does not include injuries and public property damage.

There is still a long way to go, with just NSW, Victoria, and Queensland implementing these mobile phone detection cameras. These three states have the biggest populations, and therefore, they have the most number of drivers. Western Australia, as well as the remaining states and territories, may follow suit.

Even with these cameras installed, numerous people continue to drive with their mobile devices in their hands. It’s a joint effort, with results that we will eventually see in the coming years. 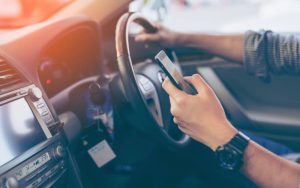 What is the Public Saying?

Contrary to what many people believe, it’s not allowed to browse and text even with the phone sitting in a mounting bracket. While there was a bit of uproar due to certain individuals wanting to continue their mobile phone use on the road, safety will always be a priority. However, the issue for some Australians is about their privacy.

Because pictures of the drivers will be continually taken, people are worried about their privacy, including their images and how the data will be stored. According to the agencies responsible for managing and administering camera programs and fines, they have strict obligations ensuring the protection of the personal information of road users.

There are cases when you need to make or answer an important phone call. Don’t worry; it’s not illegal to use your phone in such circumstances. However, you should only perform a hands-free phone call, which means that you should never take the phone in your hand while your other hand is on the steering wheel. The phone needs to stay in the cradle or your pocket.

Use your Bluetooth earpiece or headset to answer a call. Inform the person on the line that you are driving. That way, if the call is cut for some reason, they will not wait for you to call them back. Apart from the driver, anyone in the car is allowed to use their phone. However, if you are the driver, you need to be aware of the following rules:

As long as the phone remains in the cradle and you do not operate the phone through touch, you are not violating any rules. Therefore, you are allowed to make calls if your Bluetooth device permits it.

Please note that the rules and regulations differ depending on your licence type. If you currently hold a Learner of Provisional Licence, you are not allowed to use the wallet function of your mobile phone. That consists of paying a drive-through or any transaction. Your car should be parked first before you can make a transaction, even in off-road areas, such as a car park and driveway.

Additionally, restricted licence holders, such as P1 and P2 drivers and riders, cannot use their phones in all instances, whether driving or riding. They cannot utilise Bluetooth and hands-free functions as well.

Understanding the repercussions of violating mobile phone use while on the road will help make it easier to prevent getting in trouble with the law. If you feel that you’re easily tempted, we highly suggest that you keep your phone in your bag or hide it in your glove box. 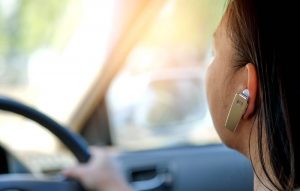